Southampton-based TheYachtMarket.com has unveiled details of its Ocean Saviour project, a 70 meter tri-deck clean-up vessel that produces its own fuel.

Joining the global effort to combat ocean pollution, the Ocean Saviour vessel will be engineered to locate, retrieve and recycle plastic, and aims to remove five tons of plastic from the ocean per day. 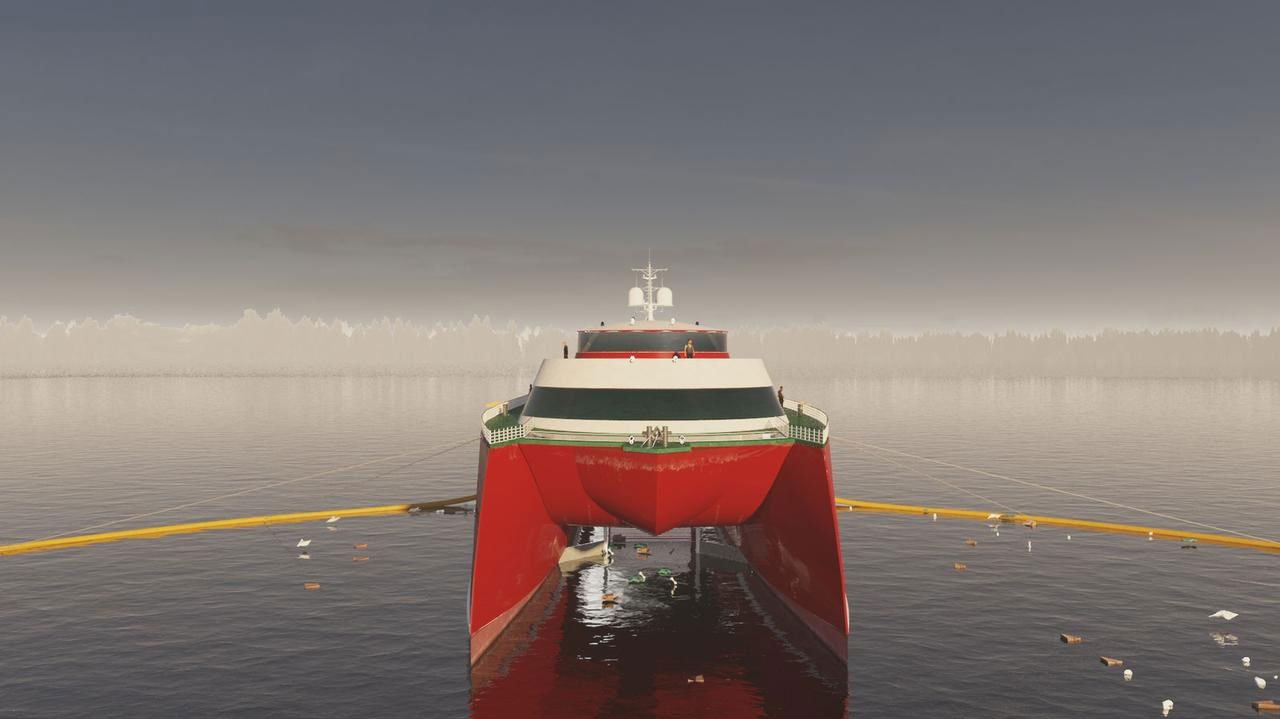 Richard W. Roberts, CEO and co-founder of The Yacht Market, commented: “It’s staggering to think that there is currently over five trillion pieces of plastic in the ocean which is having a huge detrimental impact on our ecosystem and the ocean’s biodiversity. It’s essential that we remove plastic before it breaks down into microplastics and, through Ocean Saviour, we aim to help eradicate the ocean of this problem.”

Ocean Saviour will be engineered to locate, retrieve and recycle plastic The design, revealed at the Southampton Boat Show, shows large arm-like collection systems at the side and front of the vessel that allow it to draw in plastic from the ocean. The plastics will then be fed into a conveyor, chopped finely, milled and processed through an on board plasma gasification facility which will destroy it completely with minimal atmospheric pollution. The product of the process will then be used to fuel the vessel, making it self-powering and negating the need for harmful fossil fuels. The main deck is home to two 12 meter containers which will offer research laboratory facilities or VIP accommodation options and bulk storage area, aft of the crew quarters. While the curved front windows are reflective of a superyacht in its design, the purpose is far more utilitarian as it will lessen the impact of rogue waves, green water and windage and offer maximum visibility for the crew. The wheelhouse is located on the third deck which will also house the main crew areas and helipad.

The design will also allow it to be chartered by relief rescue organisations when disasters strike as it is fuel efficient, fast and stable

Designers collaborating with Ocean Saviour recommended a large-scale catamaran as the most economical and stable option on the water. The design also allows it to be chartered by relief rescue organizations in the event of a disaster, as it is fuel efficient, fast and stable.

Dr. Andrew Baglin of Multiphase Design, commented: “The Great Pacific Garbage Patch contains an estimated 80,000 tons of plastic. A single Ocean Saviour vessel aims to clear five tons of plastic per day, that’s nearly two kilotons per year. This would mean that one Ocean Saviour vessel would take 40 years to clean up the Pacific gyre using plasma technology, which can therefore be scaled if there was more than one vessel in operation.”

The designer behind the vessel, Ricky Smith, commented: “Ocean Saviour proposes an environmental revolution whereby we, as a community, undertake the immense and urgent task of physically collecting the plastics from the oceans and waterways. This is a crusade for the liberation of our oceans from the waste created by both our brilliant technology and our disregard of the oceans.”